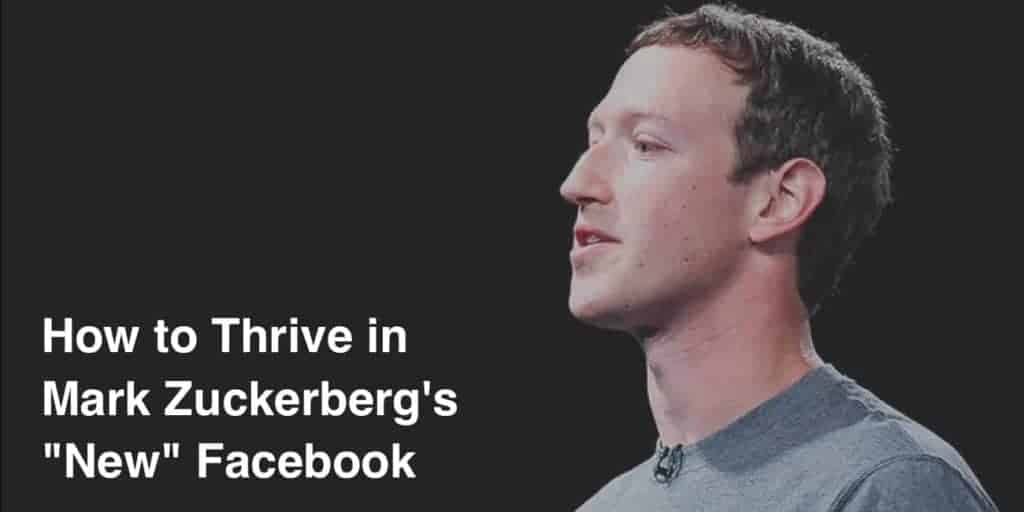 18 Jan How to Thrive in Mark Zuckerberg’s “New” Facebook

Mark Zuckerberg is changing Facebook, and many think this means it’s no good for business anymore, but that’s not true. In an interview last week, he said, “…we’re making a major change to how we build Facebook,” stating that he will overhaul the news feed code to emphasize interaction between friends and family, rather than between businesses and their prospects.

But does that mean that Facebook will no longer be the most effective advertising tool available? Not at all! In fact, it might just be getting better.  Here are 5 ways your business can thrive on Zuckerberg’s “new” Facebook.

Zuckerberg said in an interview last week, that he will rebuild facebook so that members see “less public content like posts from businesses, brands, and media. And the public content you see more will be held to the same standard — it should encourage meaningful interactions between people.”

Get people talking about, or better yet, doing positive things in the community. Facebook will favor a post about your company service project, especially one that invites people to help, over an announcement about your new office.

Zuckerberg: “…too often today, watching video, reading news or getting a page update is just a passive experience.”

Posts that ask questions and encourage comments, posts relevant to what people are already talking about, and posts that are visually engaging will get people talking, commenting, and interacting. These are the posts that will be favored. Truth is, that’s just good content anyway.

Zuckerberg: “…there are many tight-knit communities around TV shows and sports teams.”

So if Facebook intends to leverage those communities, so should you. Find out what kinds of common interest groups exist in your client base and post content that will get them talking!

This may be a challenge for some, but Facebook Live is one of the most powerful tools for engaging followers, as Zuckerberg himself states. Any event that is worth posting about is probably worth going live to promote.

Don’t listen to the naysayers who say that Facebook is no longer “business-friendly.” On the contrary, Facebook ad campaigns are one of the most effective advertising tools that have ever been available to businesses–and consider this: Mark Zuckerberg is a businessman who is making these changes to make his business better. And that means more members interacting more, which means your ads and campaigns just become more and more effective.

It’s our job to keep up with the ever-changing world of social media marketing. If you’re too busy to stay on top of your social media posting AND keep them within the fast moving changes at hand, give us a call, we can handle it!